Most adults don’t have a will. Do you?

Shots fired by the taxi driver Derrick Bird in Cumbria left 12 innocent people dead and families and friends stunned as well as grieving. Precisely because these shocking events were so unexpected, those left bereaved may face legal and financial difficulties at the same time as coping with their sorrow and anger. It is a fact of life to lawyers that, even among those who might have been expected to have made a bare minimum of arrangements, there will be people who will not have taken even the basic step of making a will.

Even a rational and intelligent person who has been given bad news by his or her doctor often remains reluctant to act, as Dr Mark Morgan, a GP and medical adviser to www.lastingpost.com , can confirm. Scott Devine, at the Society of Trust and Estate Practitioners, says about 280,000 grants of probate are taken out each year in England and Wales, a third of which are intestate estates.

The discrepancy between this and the number of deaths (500,000) is because probate is not needed for very small estates or property that passes automatically to another person. Backing this up, a survey by the National Consumer Council in 2007 showed that 64 per cent of respondents — or 27.5 million adults in England and Wales — did not have a will, but 15 per cent, equivalent to 5.1 million adults, either had personal experience of intestacy problems or knew someone who had. And one million people said that in their opinion at least part of the estate went to the wrong person.

For those who do want to plan ahead, what can be done? Are there straightforward steps that would seem obvious to a lawyer, yet can and do cause real and potentially expensive problems if not taken? Albury, a senior associate at the law firm Mishcon de Reya, believes there are. And the problems can start even before the funeral . . .

All bank accounts and credit cards will be frozen the moment the bank is notified of the death, so you must make sure that the survivor either has six months’ funds in a bank account in his or her own name or that there is a joint account that can pass to the survivor immediately. “I’ve lost count of the number of widows who find themselves without a penny to their name and unable to pay the grocery bill, the gas and electricity because they either have never had a bank account in their name or at best have had a housekeeping account with a minimal balance,” Albury says. “All of this is unnecessarily stressful and embarrassing at what will be a very emotional time. Having at least one utility bill in the spouse’s name is also a good idea should he or she need to produce ID to open new accounts after your death.”

Put what you want on record. Where you want your mother’s diamond ring to go, your dad’s silver beer tankards, your great aunt’s samovar and how you want to divide up your estate . . . such an expression of wishes will cut short arguments among your nearest and dearest immediately after your death. But you can be sure they’ll find something else to discuss: the will, perhaps . . .

As Albury points out, it is now common for there to be children from more than one partner, second marriages and cohabitation, so it is vital that you understand who will and will not inherit your estate. The only way to ensure that those you wish to inherit do so is to write a will. And you must confront any family issues and deal with them head-on.

It is bitterly ironic that the circumstances that allegedly led Derrick Bird to set out on his trail of slaughter may have had their origins partly in his father’s will, if it is true as has been suggested that he and his murdered brother had been treated differently. He also killed a respected solicitor.

But if there are good reasons why one child should receive more than another (working in the family business, caring for you in your old age to the detriment of creating a life and financial security of their own) then confront the facts honestly and act appropriately.

Albury says: “It may not be liked by your other children but I find that if the will says X then it has a morally binding effect and is likely to be accepted (albeit begrudgingly) by other family members because it is, after all, your wish.

“Much as children may not like what you have done, they tend to accept it and often they acknowledge that what you have said or provided is objectively fair even if they don’t like it.”

Oh, and don’t store the original will at the bank. They quite often refuse to release it until after the grant of probate but as you can’t get probate without it you may find yourself in the world of Catch-22.

A heartfelt final word from Chris Mason, a partner at the West End chartered accountants Nabarro: you should think about rewarding your executors, if you don’t want their regret at your passing to be rapidly eroded by all the rag-tag of unfinished business that even the best-laid plans for death will certainly leave behind.

The author is editorial director of www.lastingpost.com, which offers free information and guidance when planning for or coping with death. 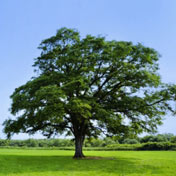