You should also be aware of spouse relief which was introduced in 2007. The relief relaxed the usage of the nil rate band for Inheritance Tax between spouses as well as civil partners.

The new relief will enable a married couple with a combined estate of £650,000 to potentially reduce their overall Inheritance Tax liability by £130,000. The change will benefit an estimated 12 million couples.

An example of spouse relief

A simple example of how spouse relief works would be as follows:

Tom decides to use £25,000 of his £325,000 Inheritance Tax allowance to leave assets tax free to his children. He leaves the rest of his assets to his wife Caroline. Tom subsequently dies.

Caroline inherits the assets left to her tax free because of the spouse exemption. Furthermore, following the introduction of spouse relief, she inherits the balance of Tom’s Inheritance Tax allowance thereby allowing her to potentially leave a total of £625,000 without incurring a tax charge.

The benefit of Spouse relief

The effect of the change on a married couple with a combined estate of £800,000 who have agreed to leave all their assets to the other is as follows:

The change is backdated indefinitely. This means that all surviving spouses will now be able to make use of any allowance left unused by their spouse no matter when they died.

The government has indicated that by backdating the change 3 million widows and widowers will potentially benefit.

Calculated on threshold at time of the second death

The size of the unused allowance will be based on the nil-rate band threshold at the time of the second death not the lower threshold when the first spouse died.

The legislation will in most cases negate the need for nil rate band discretionary trusts in spouses’ wills. This should however not constitute a problem for couples who currently have wills that include such trusts.

If a person dies with a nil rate band discretionary trust in their will and it is concluded that there is no benefit to keeping the trust in place it can simply be wound up in favour of the surviving spouse. 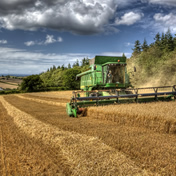