Etiquette for an Orthodox funeral

The Orthodox Church is the second largest Christian Communion and is reported to have at least 200 million members in over 100 countries round the world.

It is an ancient Church which can trace its history back to the Byzantine and Roman Empires and to the earliest church of all which was established by St Paul and the Apostles in about 50 AD.

The Eastern Orthodox Church, which is the principal group within the Orthodox Church, recognises the Patriarch of Constantinople as its nominal head, and the national churches of Russia, Greece, Romania and the Ukraine are in communion with it, as are a number of other self governing churches in the Near and Middle East.

The Coptic Church, based in Egypt, is another ancient Christian Church which has the Patriarch of Alexandria as its head.

Orthodox Christians base their faith on the New Testament and on an early translation of the Hebrew Bible into Greek, which is known as the Septuagint, and they aim to follow the teachings of the Apostles in their own lives.

They believe in the inspiration of the Holy Spirit and in the importance of worshiping God in the manner prescribed in the Orthodox Liturgy. The principal Sacrament is the Eucharist, which is celebrated as the Sacrifice made by Jesus Christ our Saviour.

Prayer and fasting are both important. Fasting is seen as a means of training the body so that the mind can concentrate on preparing for prayer. In the Orthodox year there are four principal fasts, the first is before Easter, the second after Pentecost (in June), the third before the Feast of the Assumption of the Virgin Mary (in August) and the fourth before Christmas. Many Orthodox Christians also fast on Wednesdays and Fridays throughout the year.

Orthodox Christians believe that after death a provisional judgement is passed upon the soul, which enters into an intermediate state, to await the return of our Lord and the Final Judgement.

Accordingly it is held that with the exception of the saints and martyrs all souls pass to Hades (the place of departed spirits), which has two divisions, Paradise and the Abyss, in which they have a taste either of eternal life or of eternal perdition.

Prayers for the dead, that they may perceive the light of God and be preserved from the judgement, are however considered to be capable of influencing the outcome, and the scope of prayer is even extended to those who have died impenitent.

Memorial service at the funeral home

Mourners are invited to a brief memorial service conducted by the parish priest during calling hours in the funeral home.

On the day of the funeral, the celebrant priest, carrying a censor (a small container usually made of metal used for burning incense), meets the casket and the mourners outside the vestibule or narthex of the church. Most of the service is conducted in the native language of the church without translation. Priests wear white symbolising the joy of the resurrection.

After a blessing, the casket, followed by all the mourners, is led by the priest to the front of the sanctuary where the service takes place. Out of respect, the church is not to be entered prior to this procession.

The funeral service is quite solemn, and in prayers, chants and scriptural readings refers to the vanity of life on earth, when bereft of a living faith in Christ. A eulogy is offered only by an ordained priest, rather than by a member of the deceased’s family.

At the conclusion of the funeral, persons in attendance approach the casket, which is usually open, to express their final respects. The priest then pours oil and dirt on the body in the form of a cross and says “Wash me with hyssop and I shall be pure, cleanse me and I shall be whiter than snow.” The casket is then closed and the funeral service ends.

At the grave site another brief memorial service is conducted by the priest. Anappropriate conveyance of sympathy is to tell the family “may his/her memory be eternal.”

After the burial, a Makaria or mercy meal consisting of a fish dinner is held by the family at a place of their choice and it is customary for all mourners to attend.

The meal is held in celebration of the life of the deceased. Fish is served as a sign of fasting and of mourning that the deceased has departed this life.

Forty days after the funeral the immediate family attends a Forty Day Memorial service conducted at the same church. It is customary for friends and family to attend out of respect.

It is customary for family and friends to send flowers to the funeral home in advance of the funeral and to make a donation to a charity at the funeral home. Frequently the charity will be suggested by the family.

In deference to the family and the memory of the deceased, proper dark coloured, modest attire is required of all those attending both the church funeral and the memorial service beforehand in the funeral home. 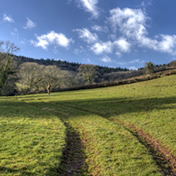