When death occurs suddenly or unexpectedly

If the death occurs suddenly, unexpectedly or was not due to natural causes, the death must be reported to the coroner.

The coroner is responsible for investigating deaths which appear to be violent, unnatural or of a sudden and unknown cause. Only a small number of deaths are reported to the coroner.

The coroner’s officer (usually a uniformed policeman) will visit as soon as possible, record the relevant details and report them to the coroner. The body will be taken to a hospital mortuary designated by the coroner.

The coroner (called the procurator fiscal in Scotland) will then decide whether a post mortem examination or an Inquest should be arranged.

Coroners are appointed and paid by each local authority and are usually a lawyer but sometimes a doctor.

Deaths reported to the coroner

The doctor attending following a person’s death will report the death to the local coroner in the following circumstances:

1. The deceased was not attended by a doctor during the last illness or the doctor treating the deceased had not seen the deceased either after the death or in the fourteen days before the death.

2. The death occurred during an operation.

3. The death was unnatural, due to violence or occurred under suspicious circumstances.

4. The death occurred in police custody or in prison.

5. The death was due to industrial disease.

A post mortem is a medical examination carried out for the coroner by a pathologist of the coroner’s choice. Coroners will give notice of the post mortem to the family of the deceased unless this is unpractical.

The consent of the next of kin is not required but they can be represented at the examination by a doctor. If the post mortem shows that the death was due to natural causes then an inquest will not be required.

Following the post mortem, the coroner will inform the registrar and the death then can be registered. He will also release the body for burial or cremation. If the body is to be cremated, he will also give you the certificate for cremation allowing the cremation to take place.

If there is to be an inquiry, the coroner will usually issue a burial or cremation certificate after the post mortem is completed and will also release the body to the next of kin. If there is, for example, an ongoing police enquiry then this may not be possible and funeral arrangements will have to be delayed.

An inquest is an inquiry into the medical cause and circumstances of a death. Although, inquests are held in public they are not a trial. The coroner decides who should give evidence as a witness. A jury will be used if the death occurred in prison, in custody, at work or if further deaths may occur in similar circumstances.

An inquest will not determine blame and the verdict must not identify a person as having criminal or civil liability. Possible verdicts include: natural causes, accident, suicide, unlawful or lawful killing, industrial disease and open verdict.

As next of kin, you may attend the inquest and you are entitled to ask questions of witnesses but only on matters of medical cause and the circumstances of death.

If the coroner’s work is going to take some time, you should ask for a letter confirming the death. This can be used for administrative purposes such as informing the deceased’s bank and insurance company. The coroner may also give you an order for burial or cremation so that the funeral can take place. This can be done before the inquest takes place provided the body is not required for further examination.

After the inquest, the coroner will send to the registrar a certificate stating the cause of death. This allows the registrar to then register the death. 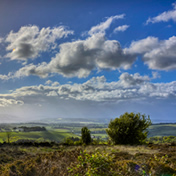